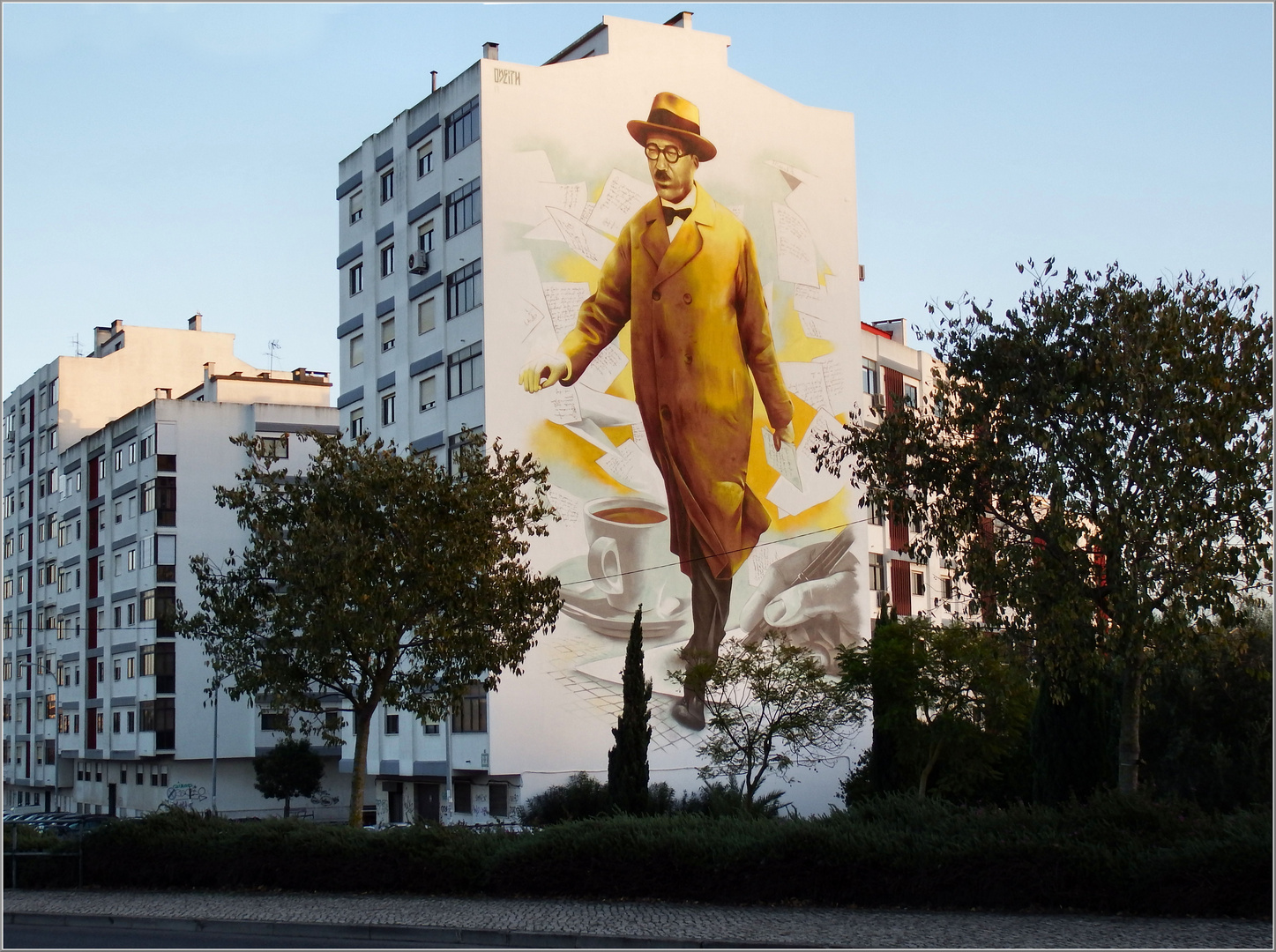 Portugal. Amadora city.
Fernando Pessoa, 13 June 1888 – 30 November 1935) was a Portuguese poet, writer, literary critic, translator, publisher and philosopher, described as one of the most significant literary figures of the 20th century and one of the greatest poets in the Portuguese language. He also wrote in and translated from English and French.